So who completed the challenge of beating the Litch King with each class to unlock Arthas? Which was the hardest for you? Easiest? Most fun?

As for myself, I finished it yesterday while only using 2 Murloc decks. Paladin was a real challenge, partially because I must of accidentally selected a warlock deck and got hit hard for having a bunch of duplicates. I immediately conceded and eliminated most of my duplicates for my paladin deck

Easiest was Druid, queued up with my jade deck and won on my first attempt. Liked the challenge a whole. 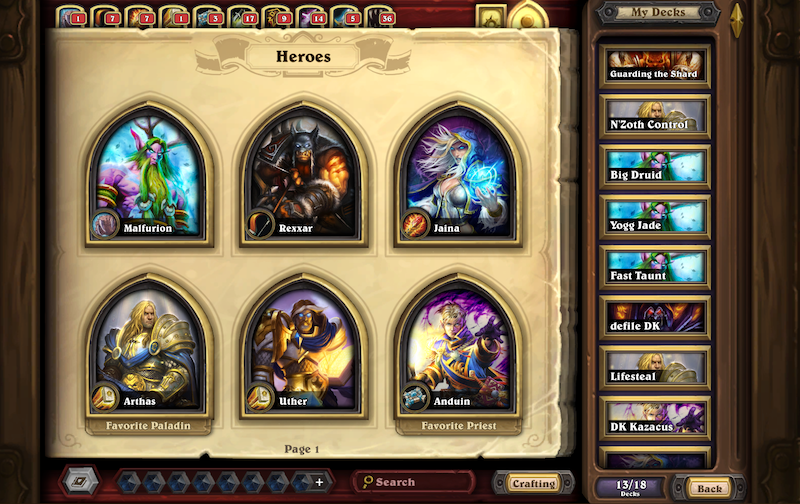 I got on yesterday and finished all, but mage's. Wish I had more legendaries.

I'm only 2 classes in (warrior and rogue) and I have game plans for almost all the others, just need to set aside the time to do them. Really not looking forward to hunter

I unfortunately have no idea how to beat this guy, lol

Beat it on Sunday, it was a long fight to get them all done


By far I hated shaman the most, it was the only one that made me stop trying to beat him for a bit and do something else. Relying on RNG to win me the match was annoying to say the least. Hunter was rough because I needed to mulligan really well and not draw certain cards. Once I drew Barnes on turn 3 only to draw Y'Shaarj on turn 4.

Overall a difficult boss that was loads of fun and took a lot of experimenting to beat. I hope to see future ones like this.

I'm down to just shaman, it makes me want to claw my eyes out.

U_Mage said:
I'm down to just shaman, it makes me want to claw my eyes out.

I hear you, shaman is all luck based for this one. Hated it so much

Finally won the shaman fight. filled my board up t6, he used AMS and went face, top deck blood lust for lethal

U_Mage said:
I'm down to just shaman, it makes me want to claw my eyes out.